36 Grand Tichot
This duplex apartment is located in the heart of Tignes Val Claret next to the shops, supermarkets, restaurants and bars. It is just a couple of hundred metres from the ‘Tuffs’ high-speed chairlift and there is a lift pass office and tourist information centre just over the road. This apartment has WiFi..

Apartment location
Apartment 36 is on the fifth floor of the Grand Tichot A2 building in Val Claret. The central location means that it is close to the shops, supermarkets, restaurants, and bars. It is just a couple of hundred metres from the ‘Tuffs’ high-speed chairlift as well as the piste that takes you directly down to the Funicular train, ‘Bollin/Fresse’ chairlifts, and the ‘Lanches’ and ‘Tichot’ chairlifts. It is also approximately 150 metres from the central Val Claret meeting point for the ski schools.

Apartment Description
As you enter the apartment the entrance corridor has plenty of storage space for ski jackets and shoes/boots, there is then the master bathroom with toilet which leads through to the open plan kitchen, dining area and the living area. There is a good-sized balcony which faces South towards the Grand Motte and Grande Balme. The apartment can sleep up to 4 guests with a double sofa bed on the ground floor for two guests and a mezzanine level upstairs with full ceiling height and windows where there is a double twin bed and the second bathroom, plus large storage cupboard.

Apartment Amenities
36 Grand Tichot has been refurbished in a warm, modern style with a fully integrated kitchen including 4 ring induction hob, dishwasher, fridge/freezer, microwave. It is well equipped with plenty of cooking utensils, pots, pans and cookware for a self-catering holiday for a group of four people. There is a flat screen TV in the living area which receives French terrestrial channels via the Orange TV box and the sound can be converted to English for channels originally broadcast in English. The TV is also a ’Smart’ TV so it is connected to the Wi-Fi in the apartment for online services such as Netflix, Amazon Prime etc. There are two bathrooms in the property, the main one has a bath with shower attachment mounted to the wall, a toilet and washbasin. The second bathroom has a toilet, washbasin and shower cubicle and a washer/dryer machine.
There is a ski locker on the ground floor of the apartment.

The apartment is strictly no smoking.

Bed linen is included, towels aren't included but they can be hired from us in resort.

If you are ready to book enter the date you require and click the "Book Now" button.

Please note – the apartment price remains the same regardless of how many days are used. 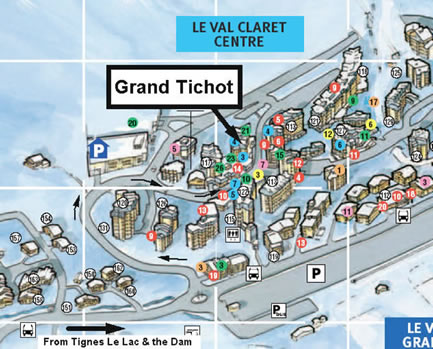 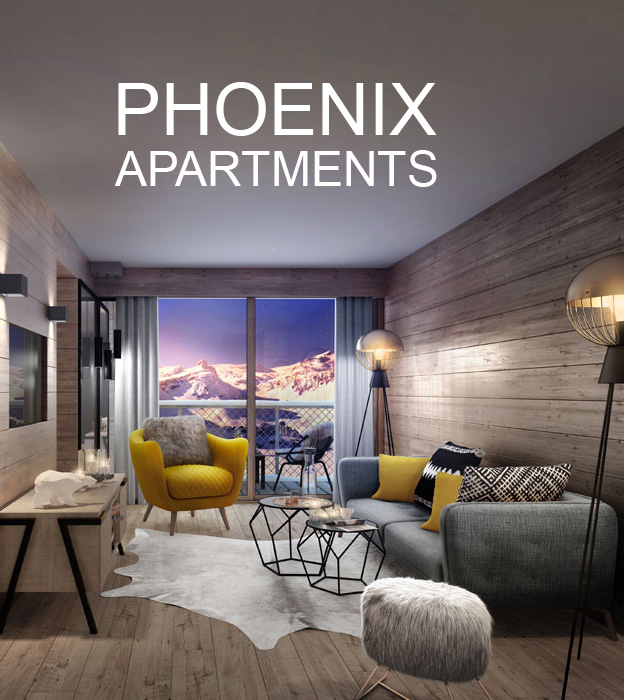 Tignes.co.uk are delighted to be supporting the youth charity Snow-Camp